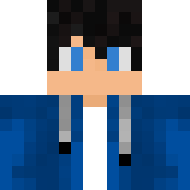 This is the first time I am writing one of these blog posts, so I hope that I will do an ok job here.
Anyways, let's get into the interesting stuff: Season 4! There is already a trailer on our YouTube Channel, but there are still a lot of details to discuss.

Before getting into any of the nitty-gritty details tho, I must preface them by telling you that nothing is final and everything subject to change. "What might cause these to change?" You might ask. Well the answer is: "You!". That's right: We want your feedback. Please read everything carefully and then tell us what you think over in #paxterya!
Okay, but now let's get this train going!

This is a difficult one as there two kinds of players: Communists and Capitalists. Well also a few that don't care.
Now it's our job to strike a balance between both playstyles. The problem with having public farms is that they completely destroy the experience of players that like building farms and selling their items.
We think that we found a good middle-ground by having a list of farm types that are allowed to be public and free:

Just because a farm is on this list does not mean that all farms of the type need to be free to access and use for all players.
Also all public farms need to be approved through the moderators and admins. The goal is to better coordinate and plan building these public farms, so we can ensure optimal location, efficiency and performance optimization.
This would be beneficial for performance reasons as we can hopefully reduce the number of these farms on the server. Especially villager trading halls are slowing the server down quite significantly.

Farms that are not on the list need to be operated either completely privately (Only use the items for yourself) or the items need to be sold for valuables (like diamonds). Massively undercutting prices of competitors is not allowed. Staff will decide what these boundaries exactly are on a case-by-case basis. Small gifts and random acts of kindness are obviously also allowed (like gifting a new player a few rockets). Just be responsible and don't destroy the fun (and profits) of other farm owners.

First up: If you are currently a mayor, then you will need to reapply, as no towns are going to carry over automatically.
Towns are pretty central to the experience on Paxterya and we only want to improve on that front. Towns are great as they cluster players together and produce more cooperation, which is great for the community feeling. That's why we want to reduce the overall amount of towns to boost larger towns.
To do that, we are now going to enforce the 5 citizen minimum when founding a new town. This newish threshold also applies to currently still existing towns. We hope that this will result in larger towns, like Paxterdam which is pretty huge.
Not all players are motivated to stay on Paxterya for many months at a time, so we end up with inactive players. Every couple of months we mark players that haven't played in a month inactive. That already affected mayors, which raised the question of what should happen to their towns.
Introducing: Ghost towns! A town will be declared a ghost town when it has no active citizens anymore. A ghost town will remain visible on dynmap, but it will be forbidden to build in them.
To keep track of citizenship, we are going to utilize Discord roles for now. We are planning to integrate that into our member-only interface in the future, but for now this simple solution will do just fine.
This means that you will need to tell a mod or admin when you change citizenship. For now I think a limit of two towns you can join as a citizen should be decent.

On the plugin side there won't be any change for now. This means we will keep using CoreProtect, DiscordSRV, Dynmap, Worldborder (Set to 20kx20k blocks for the start, but expanding over time) and of course our own PaxteryaPlugin (terrible name I know).
In terms of datapacks we will change things a bit around. We plan to use silence mobs, durability ping, custom armor stands, multiplayer sleep, coordinate HUD and last, but not least nether portal coordinates. Most of them are already on the server, but broken. I hope that I can get them all working now tho.
We had a bit of a difficult time with datapacks that modify vanilla crafting recipes. There is one that sounds very useful as it allows you to craft some things, that would normally require a crafting table, in your inventory. We are unsure if this is a good thing to add, so we made a strawpoll where you can voice your opinion.

I think that was everything we wanted to discuss for now. Again, if you have any opinions on our proposed changes, then please discuss with us in the #paxterya channel.
Another blogpost detailing our new hardware and server setup will come online tomorrow! (No worries, I will try to make it not too dry and technical). I will then create another blogpost a couple of days before the launch of Season 4 (July 18th, mark it in your calendars!), which will go into all specific changes to the gameplay experience!

I hope my blogpost wasn't to boring to read, cheers ~TxT